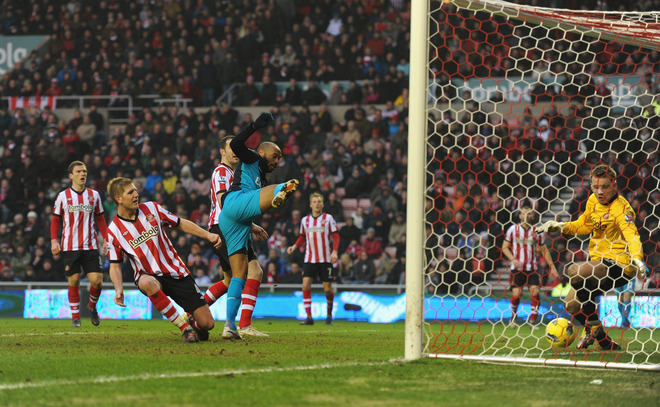 SUNDERLAND, ENGLAND – FEBRUARY 11: Thierry Henry (C) of Arsenal scores to make it 2-1 during the Barclays Premier League match between Sunderland and Arsenal at the Stadium of Light on February 11, 2012 in Sunderland, England. (Photo by Michael Regan/Getty Images)

This entry was posted on Sunday, February 12th, 2012 at and is filed under . You can follow any responses to this entry through the RSS 2.0 feed. Both comments and pings are currently closed.