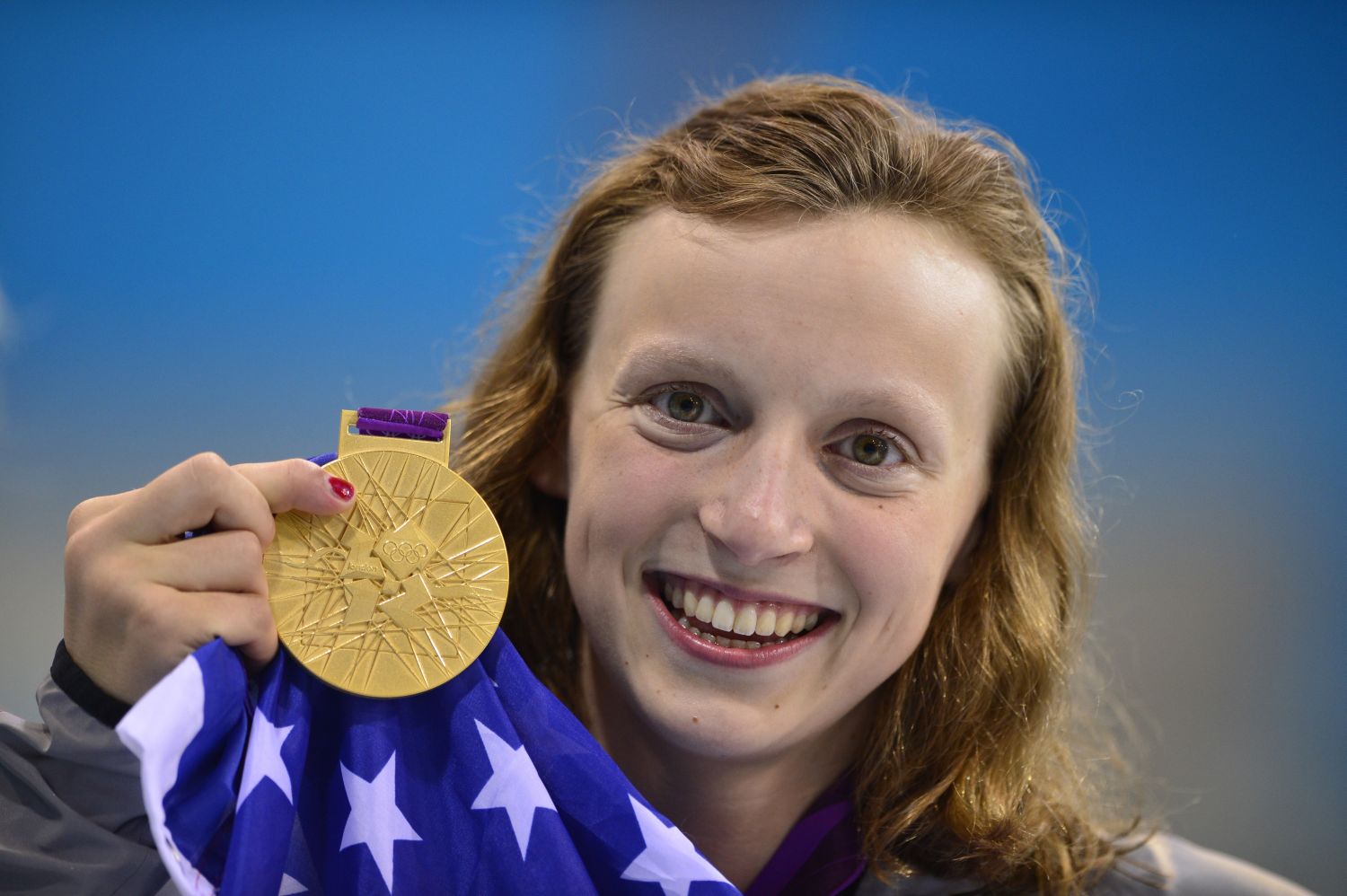 US swimmer Katie Ledecky poses on the podium after winning gold in the women’s 800m freestyle final during the swimming event at the London 2012 Olympic Games on August 3, 2012 in London. AFP PHOTO / FABRICE COFFRINIFABRICE COFFRINI/AFP/GettyImages

This entry was posted on Saturday, August 4th, 2012 at and is filed under . You can follow any responses to this entry through the RSS 2.0 feed. Both comments and pings are currently closed.