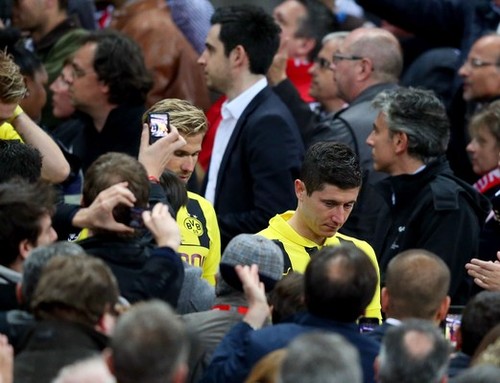 LONDON, ENGLAND – MAY 25: Robert Lewandowski of Borussia Dortmund looks dejected in defeat after the UEFA Champions League final match between Borussia Dortmund and FC Bayern Muenchen at Wembley Stadium on May 25, 2013 in London, United Kingdom. (Photo by Alex Livesey/Getty Images)

This entry was posted on Sunday, May 26th, 2013 at and is filed under . You can follow any responses to this entry through the RSS 2.0 feed. Both comments and pings are currently closed.