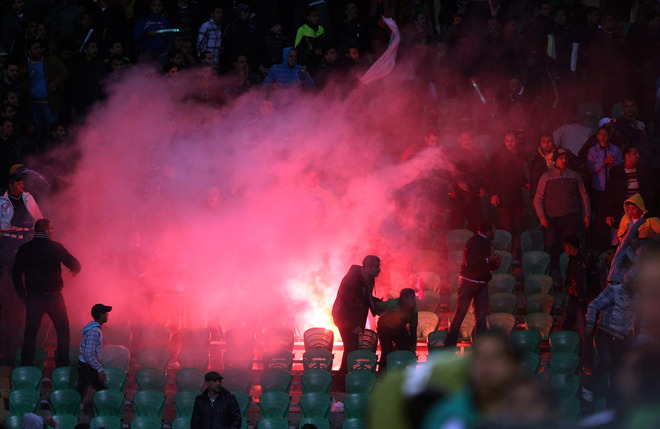 Flares are thrown in the stadium during clashes that erupted after a football match between Egypt’s Al-Ahly and Al-Masry teams in Port Said, 220 kms northeast of Cairo, on February 1, 2012. At least 40 people were killed and hundreds injured according to medical sources. AFP PHOTO/STR (Photo credit should read -/AFP/Getty Images)

This entry was posted on Wednesday, February 1st, 2012 at and is filed under . You can follow any responses to this entry through the RSS 2.0 feed. Both comments and pings are currently closed.