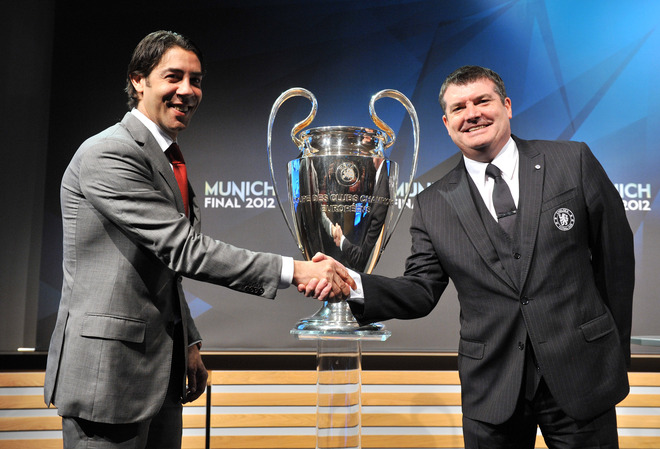 The Board of Administration of Benfica Rui Costa (L) and the Chief executive of Chelsea Ron Gourlay (R) shake hands on March 16, 2012 after the draw for the quarter-final and semi-final of the 2011-2012 UEFA Champions League and Europa League football matches at UEFA headquarters in Nyon. Chelsea will face Benfica in the quarter-finals. AFP PHOTO / SEBASTIEN FEVAL (Photo credit should read SEBASTIEN FEVAL/AFP/Getty Images)

This entry was posted on Friday, March 16th, 2012 at and is filed under . You can follow any responses to this entry through the RSS 2.0 feed. Both comments and pings are currently closed.