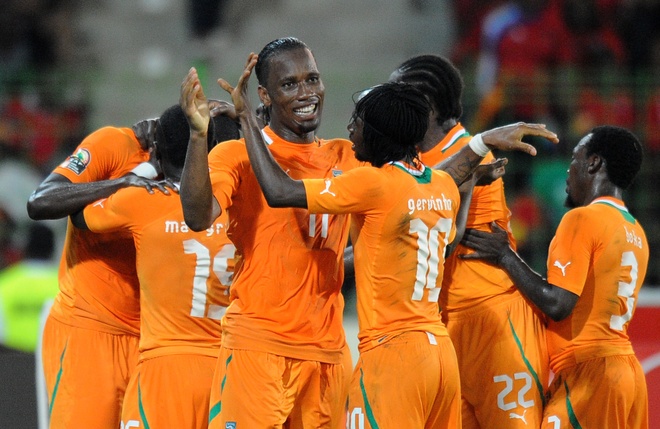 Ivorian striker Didier Drogba (CL) celebrates with teammates after scoring on a header his second goal during their Africa Cup of Nations (CAN) quarter-final football match between Ivory Coast and Equatorial Guinea in Malabo on Febuary 4, 2012, at the Malabo stadium. AFP PHOTO/ ALEXANDER JOE (Photo credit should read ALEXANDER JOE/AFP/Getty Images)

This entry was posted on Saturday, February 4th, 2012 at and is filed under . You can follow any responses to this entry through the RSS 2.0 feed. Both comments and pings are currently closed.