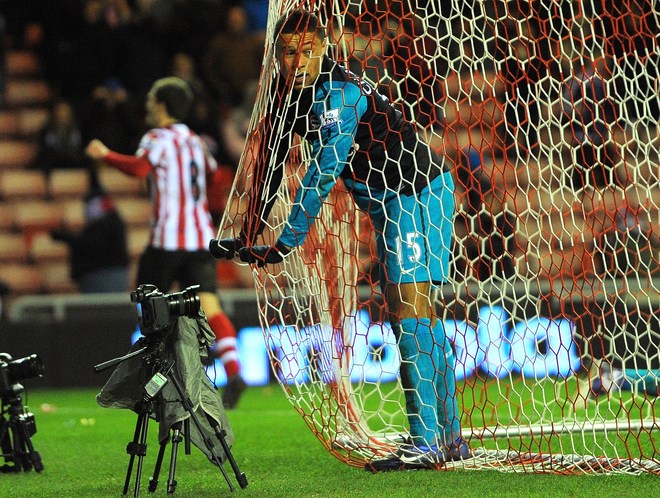 Arsenal’s English striker Alex Oxlade-Chamberlain reacts after scoring an own-goal, Sunderland’s second goal during the English 5th Round FA Cup football match between Sunderland and Arsenal at The Stadium Of Light, in Sunderland, north-east England, on February 18 2012. AFP PHOTO/ANDREW YATES

RESTRICTED TO EDITORIAL USE. No use with unauthorized audio, video, data, fixture lists, club/league logos or live services. Online in-match use limited to 45 images, no video emulation. No use in betting, games or single club/league/player publications. (Photo credit should read ANDREW YATES/AFP/Getty Images)

This entry was posted on Saturday, February 18th, 2012 at and is filed under . You can follow any responses to this entry through the RSS 2.0 feed. Both comments and pings are currently closed.