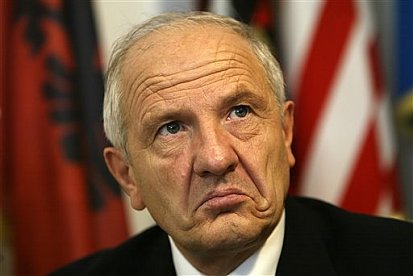 Kosovo’s president Fatmir Sejdiu speaks during an interview with The Associated Press in the Kosovo capital Pristina, Wednesday, Aug. 29, 2007. Kosovo’s president said Wednesday that he doubts that an agreement with Serbia is in sight on the future of beleaguered province of Kosovo. (AP Photo/Visar Kryeziu)

This entry was posted on Saturday, July 6th, 2013 at and is filed under . You can follow any responses to this entry through the RSS 2.0 feed. Both comments and pings are currently closed.