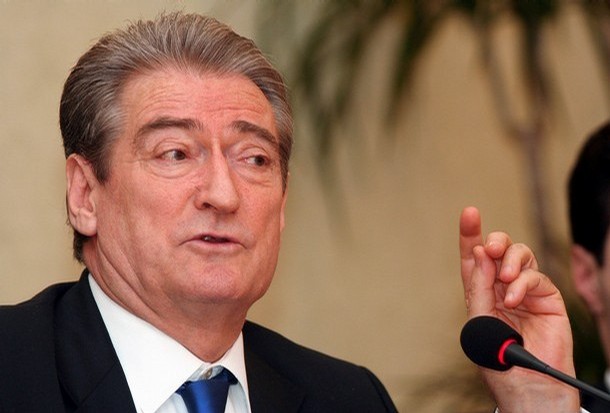 Albanian Prime Minister Sali Berisha speaks 29 January 2008 in Tirana during an interview with AFP. Berisha categorically rejected the idea that the independence of Serbia’s ethnic Albanian-dominated province of Kosovo paves the way for a “Greater Albania,” as feared by neighbouring countries. “There should be no fears. Both Albanians in Albania and those in Kosovo are against the idea of a Greater Albania,” Berisha said. The creation of such a state, bringing together Albanians from Albania itself, Serbia, Macedonia and Montenegro — has been evoked from time to time by neighbours, particularly Belgrade in arguments against Kosovo’s independence. AFP PHOTO Gent Shkullaku (Photo credit should read GENT SHKULLAKU/AFP/Getty Images)

This entry was posted on Sunday, December 25th, 2011 at and is filed under . You can follow any responses to this entry through the RSS 2.0 feed. Both comments and pings are currently closed.