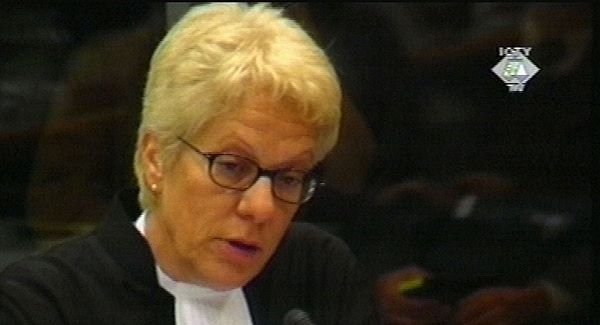 Carla Del Ponte, Chief Prosecutor addresses the court at the trial of Slobodan Milosevic the former Yugoslave president at the United Nations tribunal in The Hauge, The Netherlands, in this image made from television, Tuesday Feb. 12, 2002. The trail against the former president Milosevic for allegded atrocities during the breakup of Yugoslavia is Europe’s most importtant war crimes case since the Nuremberg proceedings against Nazi Germany’s leaders after World War II. (AP Photo/ICTY pool via APTN)

This entry was posted on Thursday, December 6th, 2012 at and is filed under . You can follow any responses to this entry through the RSS 2.0 feed. Both comments and pings are currently closed.